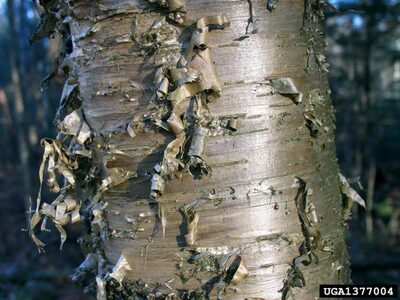 Yellow birch is considered the most important species of birch for lumber and is the most important hardwood lumber tree in eastern Canada; as such, the wood of Betula alleghaniensis is extensively used for flooring, furniture, doors, veneer, cabinetry, gun stocks and toothpicks. It was once popular for wagon wheels. Most wood sold as birch in North America is from this tree. Its wood is relatively strong, close grained, and heavy. The wood varies in color from reddish brown to creamy white and accepts stain and can be worked to a high polish. Like most birches, yellow birch wood rots quickly due to its tendency to trap moisture. The cellulose from rotting birch logs was collected by Native Americans and used as a quick fire starter.

In the past, yellow birch has been used for distilling wood alcohol, acetate of lime and for tar and oils. Oil of wintergreen can be distilled from the bark.

The papery, shredded bark, is very flammable due to its oil content and can be peeled off and used as a fire starter even in wet conditions.

Yellow birch can be tapped for syrup similarly to sugar maple, and although the sap has less sugar content, it flows in greater quantity than sugar maple. When the sap is boiled down, the wintergreen evaporates and leaves a syrup not unlike maple syrup. The sap can also be used as is in birch syrup or may be flavored. Tea can also be made from the twigs and inner bark.

Yellow birch has been used medicinally by Native Americans as a blood purifier and for other uses. The Ojibwe make a compound decoction from the inner bark and take it as a diuretic. They also make use of Betula alleghaniensis var. alleghaniensis, taking of the bark for internal blood diseases, and mixing its sap and maple sap used for a pleasant beverage drink. They use the bark of var. alleghaniensis to build dwellings, lodges, canoes, storage containers, sap dishes, rice baskets, buckets, trays and dishes and place on coffins when burying the dead. 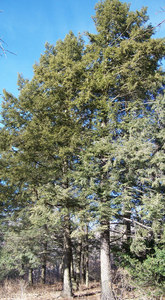